Book Reviews: Writing in the Age of Trump 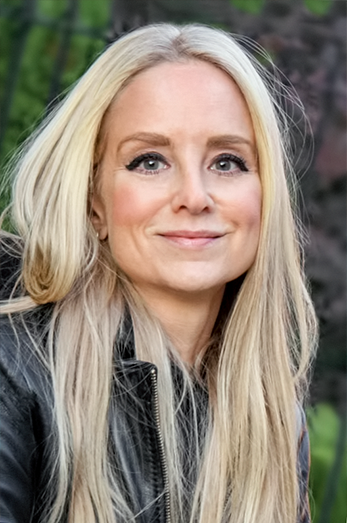 When my first two novels came out, my publishers warned me it wasn’t such a hot idea to write about politics. “You might alienate readers,” my editors cautioned me in 2008 and 2012, referring to my vehement online support of Barack Obama.

“I hear you,” I said. It made perfect business sense. Yet I felt squeamish keeping silent — so I continued. When I acquired a new publisher in 2016 for my latest novel, “The Lost Family,” I apologized in advance. “I’m politically vocal,” I said, “and I don’t want to stop.”

I was hip-deep in writing “The Lost Family” when Trump was elected, and although many novelist friends immediately switched tack to respond to our new political situation, I didn’t. “The Lost Family” is about a German-Jewish Auschwitz survivor, Peter Rashkin, who emigrates to the U.S., starts a new family and finds himself, his American wife and their daughter haunted by family he lost during the war. My novel explores the perils of being a refugee; scars so deep they affect loved ones 20 years later; the intergenerational damage inflicted by a fascist regime. It seemed a natural vehicle to express the alarming parallels I saw between pre-Nazi Germany and the Trump administration.

But was I doing enough? I’d never written an overtly political novel. Maybe now was the time. While researching my first book, “Those Who Save Us,” which is about the Nazi era as experienced by a German woman, I interviewed Holocaust survivors for the Steven Spielberg Survivors of the Shoah Visual History Foundation. “Never forget” is, to me, a moral imperative. What was my obligation, as a writer, to my beliefs, my country — to history?

There are few things more painful, and more endemic, to a writer than doubt. This was a new level. I sat in my study and contemplated my outline, a list of scenes taped to the wall, extending from ceiling to floor. Two years of work. I considered ripping them down, turning the novel inside out. Maybe, instead of writing about the consequences of Peter’s trauma, I should write about its genesis. The denigration of the free press, the Lügenpresse or lying press, as Hitler called it. The denial of facts that didn’t suit the Nazi regime. The stripping of Peter’s recreation, livelihood, home, passport, citizenship, freedom. The devolution of his country to a place where he and his family were legally hunted like animals.

One day, I wrote Peter’s Oscars speech. I have one for every book: the scene I imagine shown at the Academy Awards when the book wins Best Adapted Screenplay, this one hopefully performed by Jon Hamm. (It gets me through writer’s block. Don’t judge.)

“This strutting idiot . . . he comes in telling lies. Oh my God, the ridiculous lies! We Jews had collapsed the economy . . . We were bankrupting Germany. We had a Jewish master plan. Also — my favorite — he said we had declared war on Germany . . . We laughed; we thought sooner or later people must wake up and say, ‘All right, enough is enough, the emperor has no clothes,’ and send him on his way.”

I then proceeded with “The Lost Family” as planned.

Why didn’t I change the novel? Because in addition to country and history, I had an allegiance to my book. To alter it so significantly would have made it another novel, a portrait of fascism’s rise instead of a family suffering its fallout. “The Lost Family” is already a cautionary tale — on the other end of the temporal and emotional spectrum.

And I’ve never attempted overtly political fiction. I don’t write “about” politics; I write about people. My novels do have morals. They’d better; their moral is their heart. But, like any heart, it’s hidden — wrapped in layers of character, plot, narrative. For three decades I’ve been aspiring to put you in another person’s skin, mind and experience, bridging our differences that way. That’s what I do.

I’m still political online. Social media is the right place for my megaphone — as are the podium and street. As for my fiction, I have to have faith that my convictions communicate through the alchemy of story.

Besides, there’s always the next book.

“The Lost Family” was published June 5 by HarperCollins. Jenna Blum’s two previous novels are “Those Who Save Us” and “The Stormchasers.”
Learn more at jennablum.com.

Mary Abbajay ’86, “Managing Up: How to Move Up, Win at Work, and Succeed with Any Type of Boss” (Wiley). Abbajay offers practical strategies for how to deal with just about any kind of boss, from the “Micromanager” to the “Pushover.”

Robert Cantwell, “The Poetics of Tenderness: On Falling in Love” (Lexington Books). In this literary-critical essay, Cantwell (a former Kenyon English professor) argues for associating love and sex with “care, affection, beauty, memory, worthiness, and ideality” rather than violence and predation.

Andrew W. Kahrl ’01, “Free the Beaches: The Story of Ned Coll and the Battle for America’s Most Exclusive Shoreline” (Yale University Press). Kahrl, a historian who has written extensively about land use and racial inequality, traces the career of a controversial 1960s-70s-era Connecticut activist.

Jennifer Lane (Jennifer Carter ’93), “Twin Sacrifice” (Psyched Publishing). Known for her college sports romances, Lane here offers a fast-paced thriller about a psychologist desperately trying to help his suicidal twin brother, against a backdrop of terrorism and a family secret.

Matt Laney ’93, “The Spinner Prince” (Houghton Mifflin Harcourt). The first book in a projected series for young readers, Laney’s novel is a folktale-infused coming-of-age story set in a realm of lion-like figures where the values of science and art collide.

Alice Peck ’79, “Mindful Beads” and “The Secret Language of Herbs” (Cico Books). Interesting lore and beautiful illustrations distinguish both books, the first on the spiritual meaning of beads (with craft projects), the second on the cultural histories of herbs.

Doug Ramspeck ’76, “The Owl That Carries Us Away” (BkMk Press). The sculpted sentences, arresting images and sure rhythms in these 29 short (and short-short) stories reflect Ramspeck’s virtuosity as a poet. This is the first fiction collection by Ramspeck, who teaches English at the Ohio State University at Lima.

Krista L. Taylor ’93 and Jack M. Jose, “Angels and Superheroes: Compassionate Educators in an Era of School Accountability” (Rowman & Littlefield). Based on the authors’ blog, this book offers teachers research-based advice on how, in an era of high-stakes standardized testing, educators can “protect the soul of education — the nurturance and development of the whole child.”

Patricia Vigderman, “The Real Life of the Parthenon” (Ohio State University Press: Mad Creek Books). Drawing on her own travels and her encounters with the art of antiquity, as well as on a keen eye and a gift for cultural analysis, this Kenyon English professor ponders questions relating to the displacement of ancient art — its removal to museums from original sites and contexts.

William K. Woods ’63, “The Campaign Mother Goose and Other Alternative Facts: Political Spoofs in Rhyme.” Woods teases across the political spectrum but reserves his sharpest tweaks for the tweeter-in-chief.

“That surly, recently divorced fellow pacing gingerly in Room 2, I described as the “Grade 1 ankle sprain.” My medical shorthand focused attention on the acute problem, the patient’s “complaint,” instead of the complete person . . . The return appointment was my promise to continue this collaboration between neophyte professional and seasoned amateur, and to attend to his angry mood, as well as his injured ankle, next time.”

— From the essay “Procedure Note,” by Jonathan Han ’84, one of several pieces he collected with two other doctors in “The Human Side of Medicine: Three Generations of Family Physicians Share Their Stories.” Han and his co-authors, Joel Merenstein and Jennifer Middleton, thoughtfully describe personal encounters reflecting the importance, as they put it in their introduction, of  “(r)especting the story — and the role of doctor and patient in it.”