Is owning a pet worth the cost?

As Americans’ spending on their pets continues to rise, economics professor and dog lover PJ Glandon asks: Is owning a pet worth the cost? 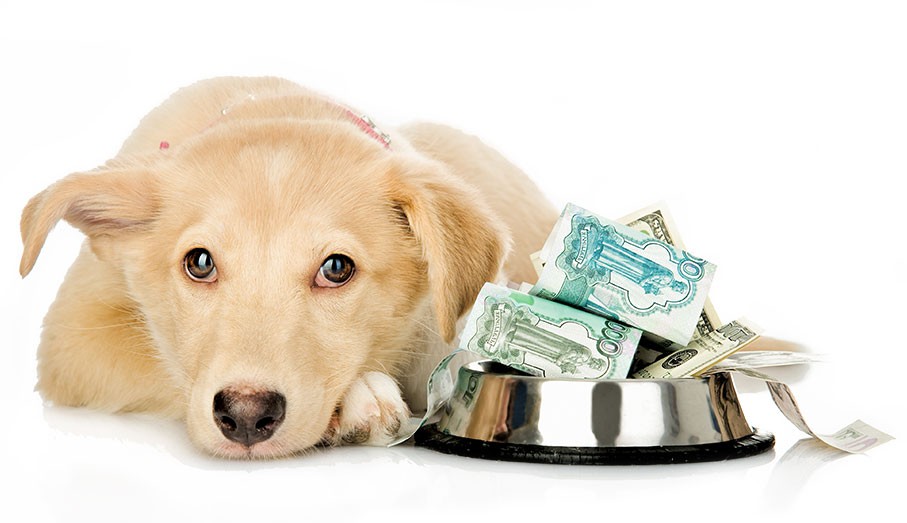 At the top of my 8-year-old daughter’s Christmas list last year was, of all things, a puppy. With two other daughters under the age of 3, the last thing our family needs is a puppy. For starters, we already have a dog — a goldendoodle named Ryman whom we love very much. And did I mention we have three children?

I wanted my daughter to understand that getting a new pet has long-term consequences, so my inner economist went to work: time for a little cost-benefit analysis. My daughter was already familiar with the benefits of dog ownership (play time, cuddles, companionship). So, I started a less fun list.

Wait, we’re spending $2,000 per year on Ryman? That’s even more than I realized. It made me wonder, do most Americans spend as much as I do on my pet? If so, there’s an awful lot of economic activity associated with pet ownership.

When it comes to spending on dogs, national estimates vary widely. The American Kennel Association cites a University of Pennsylvania School of Veterinary Medicine study, which estimates the average lifetime cost of dog ownership to be $23,410. In 2015, about three-quarters of all U.S. households owned pets, and, according to the U.S. Bureau of Labor Statistics, each spent an average of $710 on them. That’s nearly $68 billion — roughly 1 percent of total household spending.

To put that number into perspective, spending on American pets is a bit larger than the entire gross domestic product (GDP) of Luxembourg.

Real GDP, which is roughly the sum of everyone’s income adjusted for inflation, is about 2 1/2 times as high as it was in 1980. And over the same time period, expenditure on pets has quadrupled. In economics speak, we refer to such things, goods that you spend proportionately more on as your income rises, as luxury goods.

As Ryman carefully places one of his soggy tennis balls in my lap, hoping to coax me into a game of fetch, luxury isn’t the first word that comes to mind. Oh, he certainly lives a life of luxury, especially in comparison to most dogs around the world, and throughout history. He has all of his meals prepared for him and rarely suffers the itch of a flea bite, or any of the serious diseases that afflicted his ancestors. And he sleeps whenever he feels like it, on his own memory foam bed. All of this in exchange for unconditional love.

As a macroeconomist, I’m interested in the ebb and flow of the economy over time. The last recession, also known as the Great Recession, lasted from 2007 to 2009 and was severe by historical standards. In 2009, total household spending on goods and services fell for the ﬁrst time since the Great Depression. So, how did our pets fare during the recession? Better than their humans, it turns out. In fact, the last three recessions have been less detrimental for pets than for the rest of us.

Could it be that maybe we don’t tighten our purse strings as much for our pets during recessions because we’re more frugal with them the rest of the time? Nope. Actually, when times are good for us humans, they’re even better for our pets. During the recovery from the Great Recession, pet spending growth exceeded overall consumption spending growth by an average of 1.3 percentage points per year. In 21 of the last 25 years, the growth rate of spending on pets exceeded the growth rate of total consumption spending.

Why are people willing to spend so much on their pets? A standard economic answer to this question is something like “the enjoyment we get from spending on our pets exceeds that of the next best alternative.” The human answer, which is entirely consistent with the economist’s answer, is that we love them.

WebMD reports that pet ownership can lower blood pressure, reduce anxiety and even reduce your child’s risk of developing allergies and asthma. I can’t imagine how many fewer miles I would have walked if it weren’t for Ryman. Besides the health benefits, our pets teach us about unconditional love, loyalty, empathy and patience.