Suzanne Helfant has amassed more than 300 wins in her career coaching the Ladies basketball team. 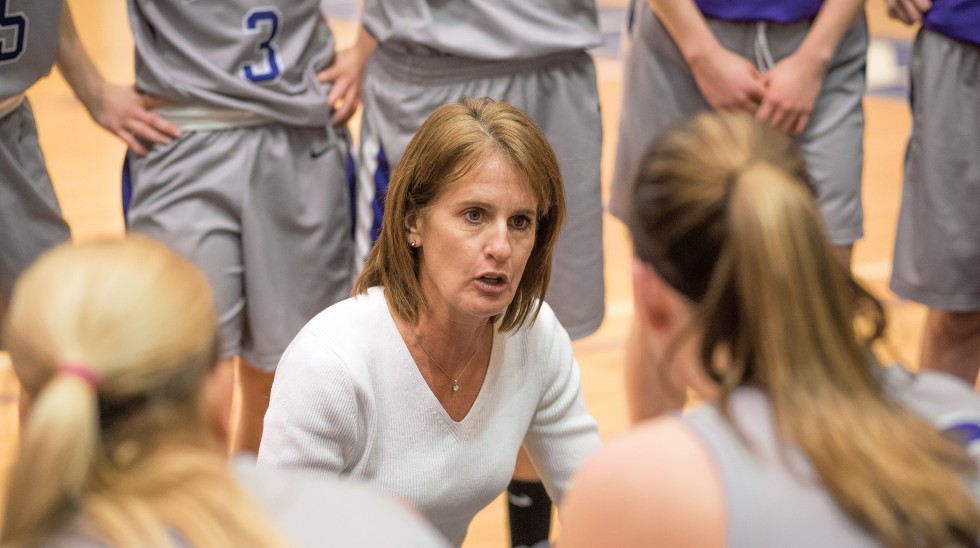 Head coach Suzanne Helfant is putting the finishing touches on her 20th season with the Ladies basketball program. During that span, she amassed more than 300 wins and hauled in plenty of accolades, including three North Coast Athletic Conference Coach of the Year honors and a Women’s Basketball Coaches Association District Six Coach of the Year award.

How have you progressed as a coach?

I take less for granted. I’m keenly aware of how fortunate I am to coach at a place like Kenyon. The quality of the people I have had the pleasure of working with is surpassed by none. I am more patient and have learned the nuances of coaching high-achieving women. I’m trying to enjoy each day as it comes and not look too far ahead.

Work harder on defense! I loved having the ball in my hands and being in control of the offense, but my passion for defense was a little lacking.

What is the most significant change you have seen in the sport of women’s basketball during the last 20 seasons?

The three-point line has changed the game. Women have unbelievable range now, and it has really changed how the game is played. You are never out of a game if you have consistent three-point shooters. It has opened the floor up for the posts and created opportunities for slashers to get to the paint.

During your time here on campus, has there been a single most-memorable moment?

I don’t have just one. I think about the relationships I have developed over the years with so many amazing women. I love coaching this team and take tremendous pride in being the leader of this program. I often talk with colleagues about the type of people they are coaching and listen to them describe players as being more difficult. I believe players want to be disciplined but will fight you. I believe respect is earned, so I work at trying to get to know them as human beings. I believe that people don’t care how much you know until they know how much you care. I have tried to love these players and help develop their self-confidence. Don’t get me wrong, I will hold them accountable if they get out of line — it’s not all sunshine and lollipops! At the end of the day, I want them to believe they are capable of doing anything.