Winning with the Loser

Cartoonist Chip Sansom '73 follows in his father's footsteps, keeping comic lovers in stitches with the award-winning strip "The Born Loser."

When Chip Sansom’s father created The Born Loser in 1965, little did his son know that he would one day take over the beloved comic strip. “He was my hero,” Sansom said, as he recalled watching his father work on the strip at his childhood home in Cleveland. “I guess by osmosis I absorbed a great knowledge of the strip itself.”

The strip, centered on the middle-aged Brutus Thornapple and his family, pokes fun at the little misfortunes of everyday life and gives readers a chance to laugh off their own blunders. “It was a great premise,” said Sansom. “I guess that’s why the strip is still going strong 50 years later.” 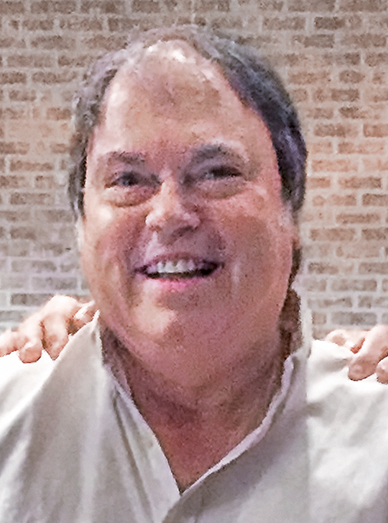 When Sansom was growing up, he was intimidated by his parents’ artistic skills, both having studied art at Ohio Wesleyan University. “I absolutely avoided art classes at all costs,” Sansom said, convinced that he could never match his parents’ abilities. But his father’s work on the strip nevertheless nourished Sansom’s creative spirit. “I had written gags for him, given him ideas over the years,” he said. “Other than himself, nobody knew the strip better than I did.

“There’s no doubt that in every course I took at Kenyon and, in fact, everything about Kenyon life and interacting with the students there stoked my creativity,” Sansom recalled, noting that Kenyon references and his former classmates make ­occasional appearances in the strip today.

Although he didn’t take any art classes at Kenyon, Sansom’s studies in English and aspirations to become a writer meant that he was always engaging his artistic side. “I always knew that I wanted to do something with my life that would be creative,” he said.

After his time at Kenyon, Sansom became an assistant to his father on the strip. He started off primarily writing gags, but became a full apprentice in 1977 and learned every aspect of producing the strip, from answering fan mail to drawing and coloring the Sunday pages. Sansom remained an apprentice until his father passed away in 1991. “The next day I took it over, and I’ve been doing it ever since,” he said. “I keep everything as close to what he had done as possible.

“It’s a great job, and there are many advantages to it,” said Sansom. “But the one difficult thing is writing a gag every single day, 365 days a year. I’ve been doing it now for 39 years.” Writing, for Sansom, is a full-time job, and he carries a notepad with him everywhere he goes. “After you’ve done that for a while, it’s just second nature,” he said. “I don’t even realize that I’m observing as a potential gag everything that I go through during the day.”

But for Sansom, the pleasure of knowing that he’s entertaining others far outweighs the pressures of writing. The Born Loser, appearing in approximately 1,000 newspapers, reaching more than 30 countries and appearing in 15 different languages, is one of the most widely syndicated strips out there. It has been nominated six times for the National Cartoonists Society’s award for best humor strip, and has won twice. “It’s kind of like the Academy Awards for cartoonists,” said Sansom. “I’m very proud of that.”

Sansom lives in Lakewood, Ohio, with his wife, Brooke, who also serves as his assistant on the strip. Married for 32 years, the couple have two daughters, Jacqueline and Isabel.

Web extras: View Sansom's most recent work at gocomics.com/the-born-loser including this strip from March 8, 2017: