Just days before senior class president Sriya Chadalavada ’19 addressed her peers at Commencement, she sat down with former senior class president Deborah Reeder ’85, a chemistry major who now works as an ophthalmologist in nearby Mount Vernon. Chadalavada, an economics major from Cincinnati, is heading to Malaysia in the fall to teach English as a Fulbright Scholar. Over cups of Wiggin Street coffee, the two talked about introducing famous Commencement speakers (Wynton Marsalis H’19 and E.L. Doctorow ’52 H’76) and swapped favorite Kenyon memories and words of wisdom for life beyond campus. 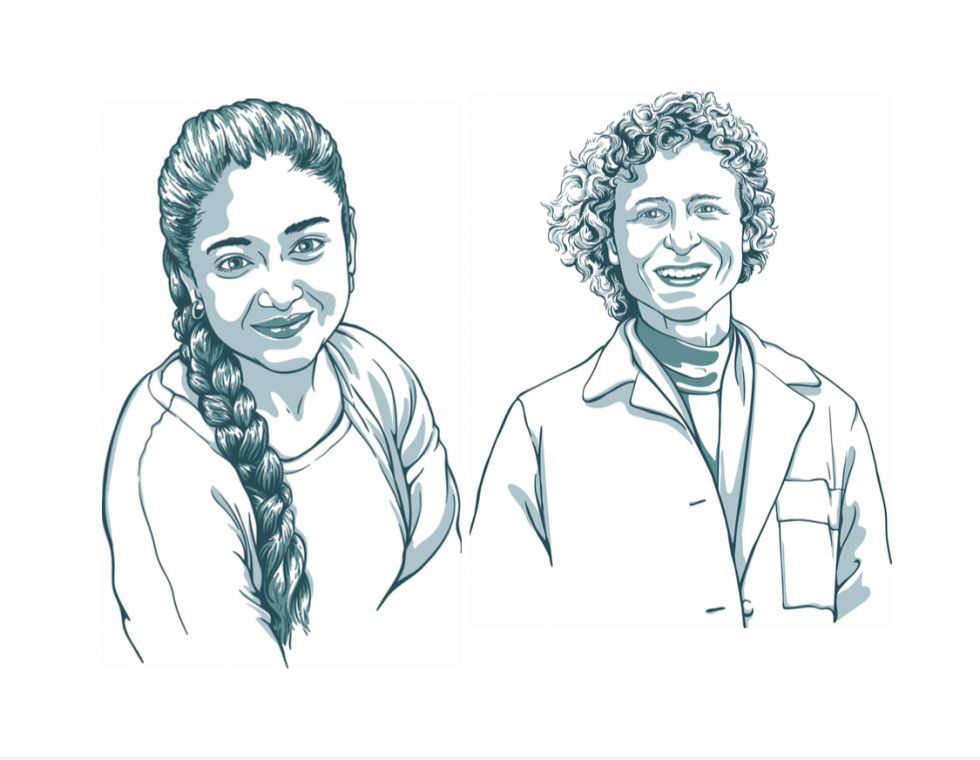 Sriya Chadalavada ’19: What do you remember most about your senior class presidency?

Deborah Reeder ’85: We had such a great class, and at the time the senior class president’s role was to help with planning all the fun events, like senior week. I also remember my senior year as an intense year because of comps, and I’m sure it’s still that way for current students. There was so much build-up toward comps, and once they were over, you’d feel this collective sigh of relief on campus. My roommate and I were both chemistry majors, and I remember that when we finished comps, it was a beautiful day and we went out, opened up a bottle of wine, and cheered, “We did it!” It was also bittersweet. You’ve spent four years getting to know people and then you are all suddenly moving your separate ways.

DR: What were the most pressing topics of discussion during your last four years at Kenyon?

SC: In terms of student council, there was a lot of discussion going on about Peirce cups and plates, and how Peirce is not a to-go facility. We have had a lot of issues with people taking cups and plates and not returning them, leaving them in the library. So Peirce is now trying paper takeaway containers for students who want to take food to go. Our student council president found an article in the Collegian from the 1940s where they were complaining about the same issue.

SC: Were there things that preoccupied you when you were younger, that you later came to realize were not that important?

DR: There are a lot of things for which time brings perspective. For example, when I was in high school, there was a concert I wanted to go to so badly, Fleetwood Mac, and my dad did not want me to go. So he drew me a timeline, mapping out, in dots, “Here you are, being born; here is where you die; and here is this little concert. In the scheme of things it’s not going to matter.” Over time, the things that in the moment seem so important sometimes lose that importance. Probably in part because of my medical training, I have a tendency to live in the future, always thinking about that next step. I’ve learned, over the years, to appreciate the present and just be where I am now. Instead of always striving for the next step, to just enjoy what I have.