Professor of Mathematics Judy Holdener reflects on how math illiteracy has become socially acceptable—and what are the costs.

When I was in graduate school in Urbana, Illinois, single and studying for my doctoral degree in mathematics, men sometimes approached me in the The Daily Grind coffee house where I worked in the mornings. Seeing my notepad covered with mathematical symbols, they typically started the conversation with, “Wow, you must be smart. You study math?” I would confirm my study of mathematics, and wait for the second shoe to drop. Would he proclaim his great dislike for my subject? Or would he boldly declare his mathematical illiteracy? “I can’t even add fractions,” I would hear (thump), and then it was up to me to find a way out of the conversation.

Alert to single readers trying to find a date: Do not proclaim ignorance and distaste for a potential partner’s interests. It just doesn’t work.

Today I am married and teaching math at a selective liberal arts college, and while I am no longer distracted by suitors with a dislike for mathematics, I still find myself amazed by the reactions and perceptions people have to and about my subject. My students describe themselves as “survivors” or “casualties” of K-12 mathematics, and they recount high school mathematics as a long list of unrelated facts and procedures “entirely uninteresting” and “without meaning.” Such characterizations remind me of these words:

“Science is built up of facts, as a house is built of stones; but an accumulation of facts is no more a science than a heap of stones is a house.”—Henri Poincare (1854-1912), French mathematician

I lament the fact that so many Americans are unable to see either the functional or the aesthetic value of the discipline. Jobs are plentiful for the college graduate trained in mathematics, and yet the general public questions the usefulness of the subject. “When would one ever use this?” and “What can you do with a math degree?” are questions I frequently hear.

As somebody who values form over function, however, I am more disturbed by the public’s inability to recognize the aesthetic value of my subject. Once again, the words of Poincare come to mind:

Often defined as the science of pattern, mathematics is a creative human endeavor (akin to art), and I wish society could portray it as such. America doesn’t look at LeBron James and ask, “What good is it to throw a ball through a hoop?” Even those lacking a propensity for sports can watch replays and appreciate athletic achievement at the highest levels. Why can’t mathematics be treated in a similar way? Why are those who succeed in math often portrayed as banal rule-followers, number-crunchers, or nerds? Our K-12 teachers have to be miracle-workers to produce good results in children who are a product of such a culture.

Current criticism of math education in the U.S. often focuses on high-stakes standardized testing that distorts instruction and forces teachers to maximize test results rather than deep conceptual understanding. Teachers under pressure of evaluation “teach to the test” by drilling students on the types of problems that are likely to appear. Thus, mathematics instruction focuses on skills devoid of organizing principles, thereby reinforcing the view that mathematics is just “a heap of stones.”

This criticism is not without merit, but, again, the blame for disengaged students must be shared with a society that places little value on mathematics. In what other discipline are people likely to laugh—or even brag—about their lack of knowledge? Nearly as bold as the anti-math suitors of my past, even academicians are willing to proclaim their mathematical ignorance in a crowd. As soon as a meeting or conversation takes a quantitative turn, the most educated and creative of minds can opt out, citing ignorance with a laugh, and it seems to be okay for them to do so. Apparently, it is socially acceptable to be illiterate in mathematics. And we wonder why our test scores are lagging. 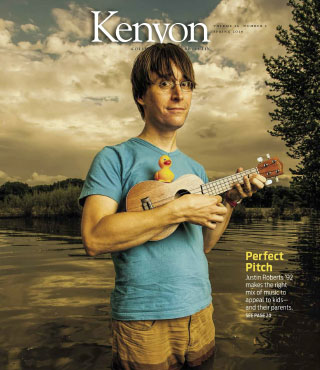