The emergence of deadly infectious diseases from non-human sources is something we’ve all become familiar with in the past year, but ecologist Iris Levin didn’t start teaching her “Disease Ecology” course because of COVID-19. In fact, a key takeaway from the class is that we could benefit from being far more proactive, especially as climate change and human development affect previously stable ecosystems.

“Stuff like this is spilling over all the time. This one just happened to take hold,” Levin said. “We should have been worrying about the next pandemic 10 years ago.”

Because effective responses to new threats require coordination among multiple fields — not just disease researchers and doctors, but public health experts, policymakers, even veterinarians — Levin has designed the course to appeal to a wide range of students, kicking things off with an “ecology boot camp” focused on Lyme disease so non-science majors will find themselves on equal footing. Using popular science books as principal texts helps keep the course accessible, but students also dive into cutting-edge literature.

Instead of a final exam, a capstone project asks students to confront a realistic disease outbreak scenario. After querying students about their career aspirations, Levin builds interdisciplinary groups whose goal is to design a mitigation plan — “a product that could potentially be shown to an employer or a graduate school,” Levin said. “Students invest more when they feel like this is a real thing, rather than just an academic exercise. I always learn a ton from what my students put together for these projects.” One example: a PR campaign promoting two-hump camels, because of a theory that the one-hump variety was a better host for SARS-CoV-2’s more lethal cousin, MERS-CoV.

Worried you’ll have trouble sleeping tonight with visions of viruses, pathogens and parasites dancing in your head? “This course is terrifying,” Levin admitted, “but it’s also really empowering — because then you know a lot more about what we ought to be doing.”

“Lyme Disease: The Ecology of a Complex System,” by Richard Ostfeld

“Spillover: Animal Infections and the Next Human Pandemic,” by David Quammen

“Parasite Rex: Inside the Bizarre World of Nature’s Most Dangerous Creatures,” by Carl Zimmer 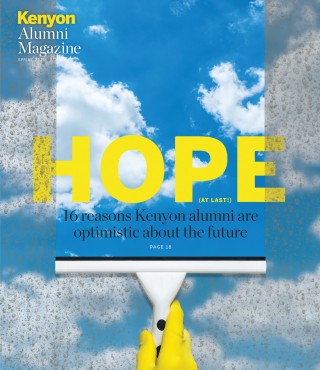