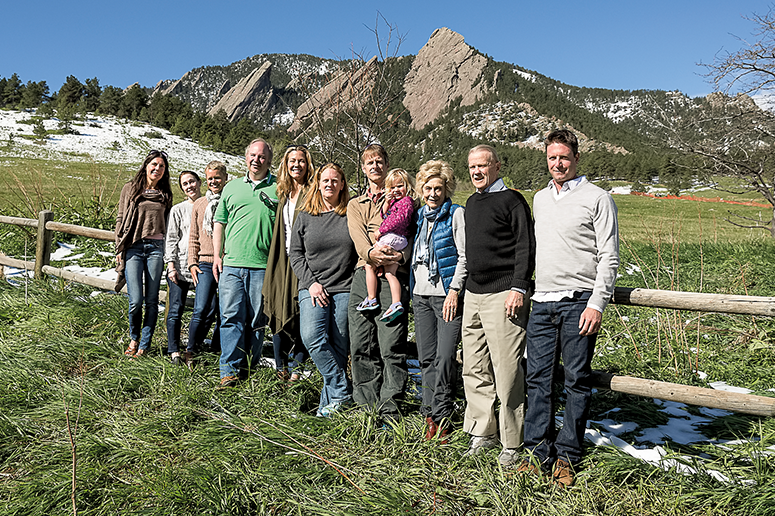 Tyler Rigg ’94 was a free spirit, a lover of the outdoors and a loyal friend. Born in Greenwich, Connecticut, he attended Choate Rosemary Hall and spent a year at Sterling College, in Vermont, before transferring to Kenyon. Two years after he graduated from Kenyon, tragedy struck; in 1996, his life was cut short as the result of a fatal car accident.

In the aftermath of his death, Rigg’s grieving friends and family came together to share stories, honor his memory and plant the seeds for the Tyler Rigg Foundation — a charitable organization, founded in 1998, that honors Rigg by celebrating his values of kindness, joy and adventure. The mission of the Tyler Rigg Foundation, which celebrates its 20th anniversary this year, is to support the charitable interests of those whose lives Rigg touched.

Kristin Rothballer ’94, a board member and friend of Rigg’s from Kenyon, underscored the meaning of the foundation’s mission. “By virtue of bringing all of us together, Tyler’s family, his high school friends, his college friends — each with different vantage points on who Tyler was — we were able to deﬁne a mission that spoke to all of us and to extend his legacy by investing in programs that seek to make a positive contribution to the world,” Rothballer said.

The foundation supports causes that were especially important to Rigg, such as alternative education, the environment and social welfare. Dozens of organizations have benefited from the foundation, including: Bay Cliff Health Camp, a camp for children and adults with disabilities; the GROWE Foundation, which educates children about the benefits of healthy eating and environmental stewardship; FLY Foundation, which provides financial support to young adults diagnosed with cancer; Peoples’ Grocery, which has improved access to healthy food for more than 9,000 people in West Oakland; Redside Foundation, which supports the mental and physical health of the Idaho river guiding community; and Hour Children, dedicated to maintaining the bonds between incarcerated women and their children.

Rothballer, a social change leader with a focus on environmental advocacy, said she grew close to Rigg at Kenyon. During her senior year, she lived next door to him in Farr Hall, where she shared an apartment with fellow Tyler Rigg Foundation board member Kristin Browne ’94.

Initially, the foundation started as a way for the Riggs and their son’s friends to keep his memory alive through sharing stories. Three board members — Rothballer, Browne and Ginger Knowlton ’94 — are Kenyon alumni. The board holds yearly in-person meetings, and, over the years, Rigg’s friends have brought their spouses and, eventually, children, to these reunions.

“We’ve grown up together in a pretty deep way,” Rothballer explained. “Knowing that we get to come together every year to remember Tyler, and just be together, has certainly deepened our friendship and our ability to show up for each other in our adult lives.”

The Tyler Rigg Foundation has grown substantially over the years, as well. In early days, it awarded between $2,500 and $5,000 in grants annually. Now, about $100,000 goes to charitable projects every year. Though a small foundation, its work with organizations always bears a personal touch. To commemorate its 20th anniversary, the foundation recently created a “Spirit of Tyler Award” to raise money and give a significant grant to a project or organization that best exemplifies Rigg’s spirit.

“Every time we give a grant, we tell the story of Tyler,” Rothballer said. “When we give a grant, it’s not just writing a check. We’re inviting people to be part of this larger family, using Tyler’s memory in a way that creates more meaning and transformation in the world.” More information is available at tylerriggfoundation.org.