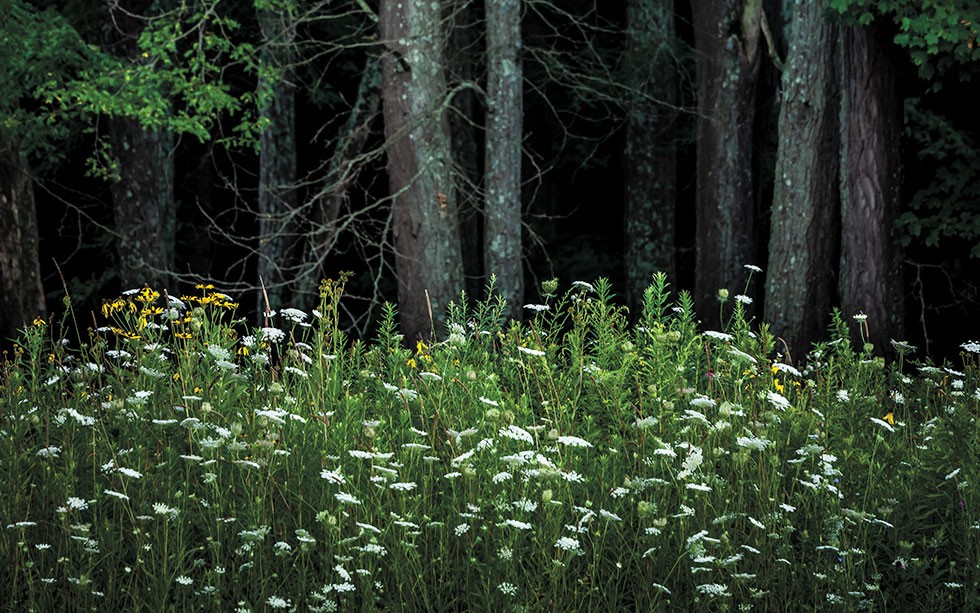 Virginia Kane ’22 published her ﬁrst poetry chapbook, “If Organic Deodorant Was Made for Dancing,” through Kenyon’s new student-run publishing press, Sunset Press, in 2019, but the collection, which includes her poem “perennials,” feels perfectly suited to 2020.

“Many of my poems begin with the recollection of a memory that seemed unremarkable in the moment but has become increasingly nuanced with the passage of time. I wrote ‘perennials’ after recalling the devastation I felt the night my mother told me about a distant environmental tragedy resulting from rising global temperatures,” said Kane, an English and gender studies double major from Alexandria, Virginia.

In a year marked by raging wildﬁres in the western U.S.,  tropical storms and hurricanes in the Gulf Coast and the Atlantic, and, of course, a pandemic, “perennials” encapsulates the sometimes surreal experience of carrying on with daily life amid the endless threat of natural disasters.

“While my parents never tried to hide the realities of the 21st century world from me,” she said, “I was at once overwhelmed by their gentle resilience in the face of unprecedented catastrophe (as represented by their affinity for gardening), and the fear and cynicism my younger self felt, in spite of their hope.”

when my ankles brush the crocuses
he buried last autumn

when next year is still a concept
they plant perennials